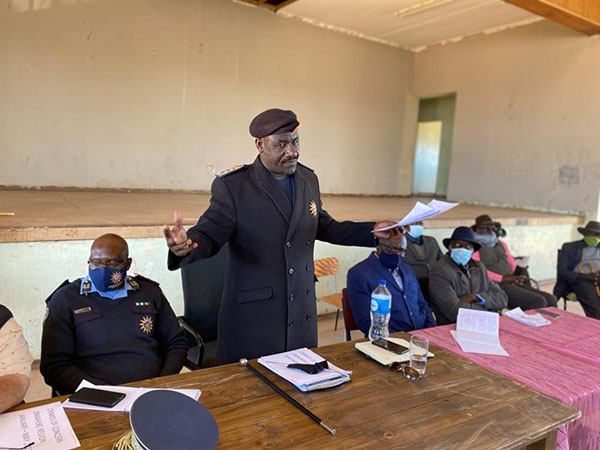 Police chief Joseph Shikongo has revealed a staggering number of criminal cases reported last year, while issuing a stern warning to officers who are smuggling illegal items, including drugs, into police holding cells.

According to him, these illegal activities are skyrocketing and officers should held accountable. The inspector general stated that during the 2021/22 financial year, a total of 98 640 criminal cases were reported countrywide showing an increase of 7% compared to the previous years, whereas, 165 604 cases were brought from the previous financial year.

Shikongo made the remarks yesterday at the commemoration of the 32nd anniversary of the Namibian Police in Windhoek.

He said the regional commanders must ensure that they put measures in place to arrest the phenomenon. “Put security mechanisms in place to detect and stop the smuggling of prohibited or illegal items in the police holding cells. In addition, police holding cells’ searches should be conducted on weekly basis, or as often as possible, when situations dictate,” he directed.

He further directed regional commanders to take responsibility for the wrongs commetted by members under their command. This implies that if unlawful or irregular conduct occurs within their directorates, regions and divisions and if they fail to take appropriate action to remedy the situation, then the overall commander will be held accountable.

He noted that the country is experiencing a high prevalence of crime, particularly violent crimes. He said the most disturbing crimes such as robbery, gender-based violence (GBV) coupled with rape, murder and attempted murder, and serious assault, as well as economic crimes, cybercrime and cross-border and trans-national organised crimes such as human and drug trafficking.

The police chief added despite the prevalence of crime, the police also recorded several successes during the same year.

“These include the detection and seizure of various types of illicit drugs and intercepted several trafficking in-person syndicates. I must indicate that some of these crimes are categorised as concealed crimes, which can only be detected when the police strategies are effective enough,” he indicated.